Another story about how soccer (the beautiful game) empowered someone to strive for their dreams.  This time it’s a story from Nepal.  Radika’s Dream is a moving story about a girl in Nepal who wouldn’t let her dream of playing soccer be squashed, even when she was scolded and beaten by her mother for playing soccer. 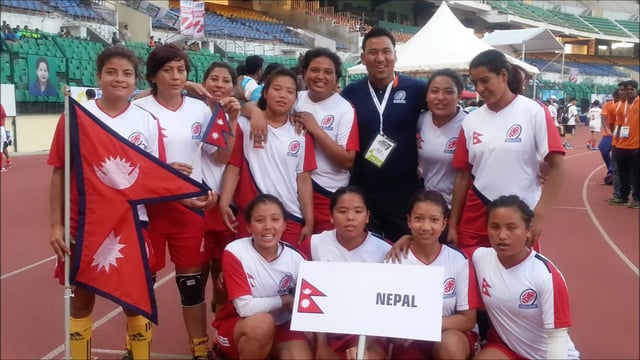 One of the most powerful statements from Radika is when she said, “Being a girl…are we allowed to dream?”  Raised in a society where girls are meant to stay within four walls, she shows all of us the power of not giving up on our dreams.  She talks about how she didn’t have any equipment when she was growing up, so she played barefoot with her feet painful and swollen.  That still didn’t stop her.  And being the only girl in her neighborhood who wanted to play soccer, she had to convince other girls to play soccer too.  So not only did she break down the barriers on a personal basis, but she also convinced other girls to breakdown those same barriers.

And Radika talks about the pain of her family wanting her to marry and raise kids.  She knew she wanted something different, even to the point of dreaming of playing with Ronaldo, one of soccer’s greatest players. Her strength shines through when she talks about how she had to fulfill her dream herself because she didn’t have any help from her family, friends, or neighbors. And then one day, a man approached her and asked if she wanted to play for a club team.  Just two weeks after she joined the club she was named captain of the team.  She was so proud because she showed her mother and her society that a girl can play football like a boy.  “And girls can dream…”

This was a very simple story with very basic production values.  It was just a series of photos and Radika narrating the story.  But the story is powerful because of the content and emotion behind it.  A lesson to all of us instructional designers who want to use digital storytelling in our work.

One thought on “Radika’s Dream”